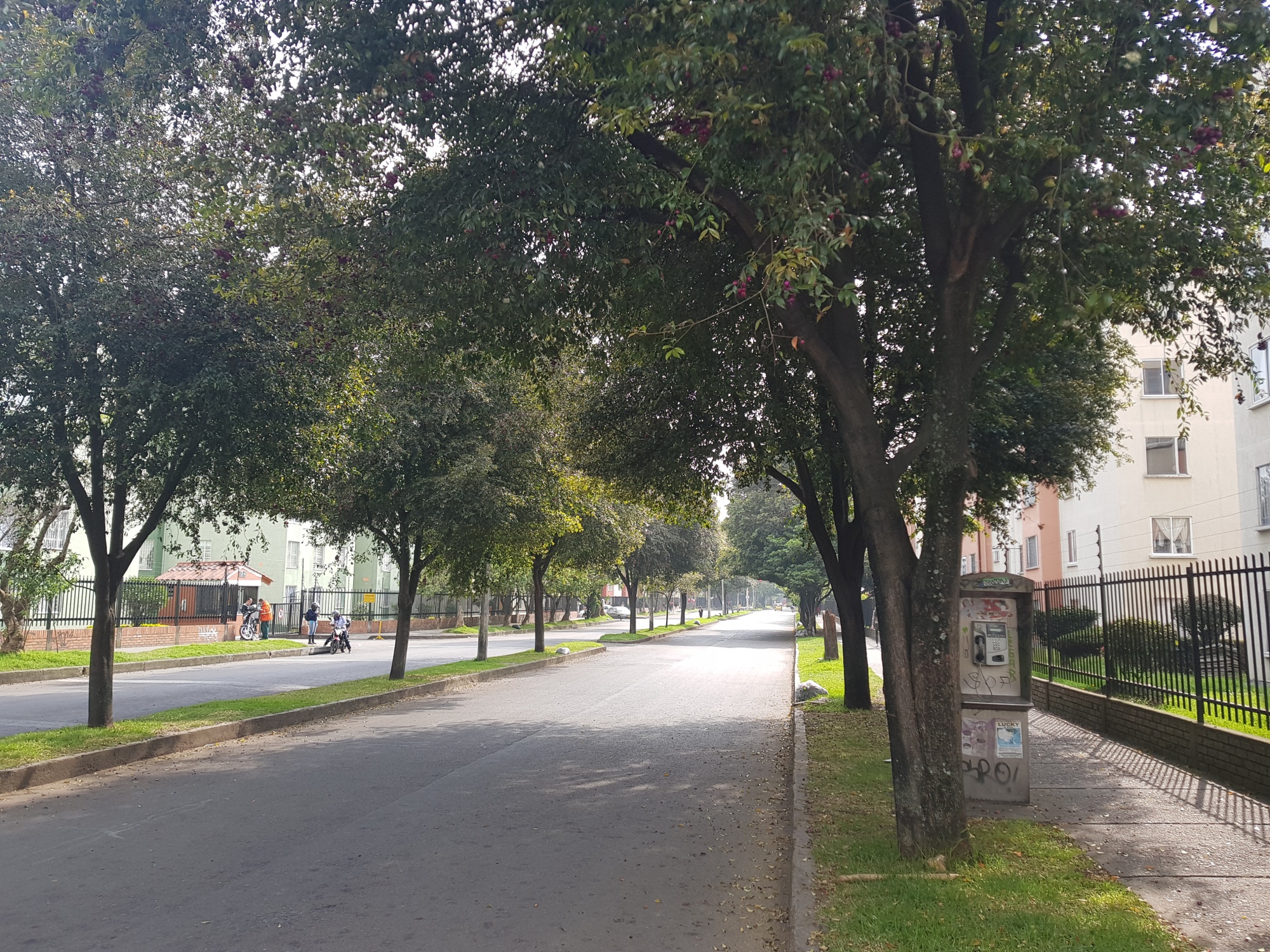 So, I touched down in Bogotá around 10:30pm last Sunday. One of the first things I noticed was that a 2600m increase in altitude does make a big difference to your breathing. Who’d have thought? My progress through Colombian customs and immigration was infinitely easier than in the US. A simple “Vacaciones o Trabajo?” was the only question I had to answer. A stamp, a signature and off I went to get my bags.  A simple x-ray of the bags saw me through to the exit of the airport.

Once out the exit I was immediately greeted by Hernando, my “Colombian Dad”. We headed out to the car and back to his apartment. Along the way he began my education of “how to make sure I can find my way back to his place”. I would have to say at this point in time, in the middle of the night, after almost thirty hours of straight travel, I found all the directions and instructions of places (all spanish names, of course!) to go a tad bit overwhelming. Nonetheless I did my best to remember things as we went. When we arrived at the appartment complex I could see how much security is a priority in the city. The whole complex was fenced off with wire at the top. There was a guard at the gate and Hernando had a quick chat with him explaining that I would be staying there with him for a while. The gate was opened and we drove on in.

Once we climbed the stairs to the apartment (five flights) I was quite out of breath. This was quite scary for me considering that I would rate myself as quite fit (more on acclimatisation later). Inside I met Angelica, Hernando’s girlfriend. We all had a quick chat and then I crashed in the room that I am staying. Despite the nine-hour timezone difference I had no problems sleeping untill about 10 the next morning (no sleep trumps jet lag!).

In the morning I headed out with Hernando for a trip around the block. We stopped in at a little store for a traditional Colombian meal ‘Tamal’. I’m not 100% sure what it was made of but I can guarantee it was damn tasty. At a guess I would have said rice, corn, lentils and chicken but there was definitely some extras in there. The main portion of the meal came wrapped in banana leaves and it was accompanied by a small bread roll, a thick slice of cheese and a hot chocolate. 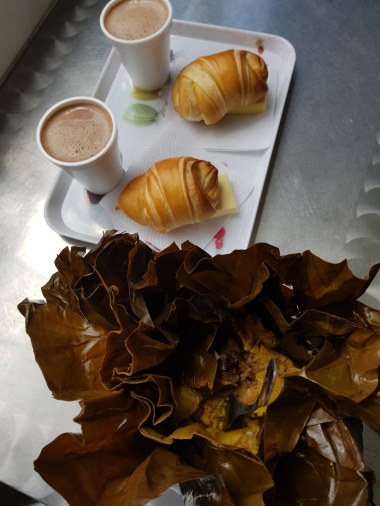 Inside the leaves – Chicken and Carb Central.

Around the area I found that there was pretty much only apartment complexes. Each with their own fences, gates and security guards. However, there is an abundance of parks and trees around the place (legitimately a park in every block). I would say the area reminded me of somewhere else but honestly it doesn’t. Walking along the roads in the area saw lanes split by  rows of beautiful trees. This area, at least, seemed like it had all the hallmarks of a bustling metropolitan city with a far more organic feel.

The park 20m from the apartment complex

A typical split lane road in the area.

After breakfast we took a quick cab ride down to a hardware and furniture store, what seems to be the Colombian equivalent of ‘Bunnings’ in Australia, to pick up a few things. After that it was on to Portal 80, a big shopping center about 1km from the apartment. Here I would meet “Transmilenium” the public transport system of Bogotá. Having recently spent some time in Sydney and Melbourne, I thought I was well prepared to handle big city public transport. I was wrong. The system consists entirely of buses and boy were there a lot of people waiting to get on them. Hernando informed me that this was a really quite time with “not a lot of people”. I am yet to see the station during peak time but I am not really looking forward to it.

Taking the bus allowed me to have a bit of a look at the city and to see the predominantly grid system. This is a refreshing change from most Australian cities, which don’t seem to follow any sort of plan at all! The time I have spent on the roads in Colombia has shown me just how much we take for granted the quality of roads we have and the fact that driving laws are enforced in Australia. Here lines and signs are more of a suggestion than anything else.

The last thing I would say I really noticed was the temperature. The temperature in Bogotá is fantastic. I had been a little worried about how cold it was going to be but this was completely unfounded. It gets a little chilly at night but a pair of long pants and a light jacket are all that is needed to feel comfortable. During the day; however, the temperature is absolutely amazing. It generally sits between the high teens and the low twenties, which for me, is absolutely perfect.

Overall, my first impression of Bogotá is that it is a big city, not too different to those in Australia, or any other country for that matter. However, the people? Now that’s another story.